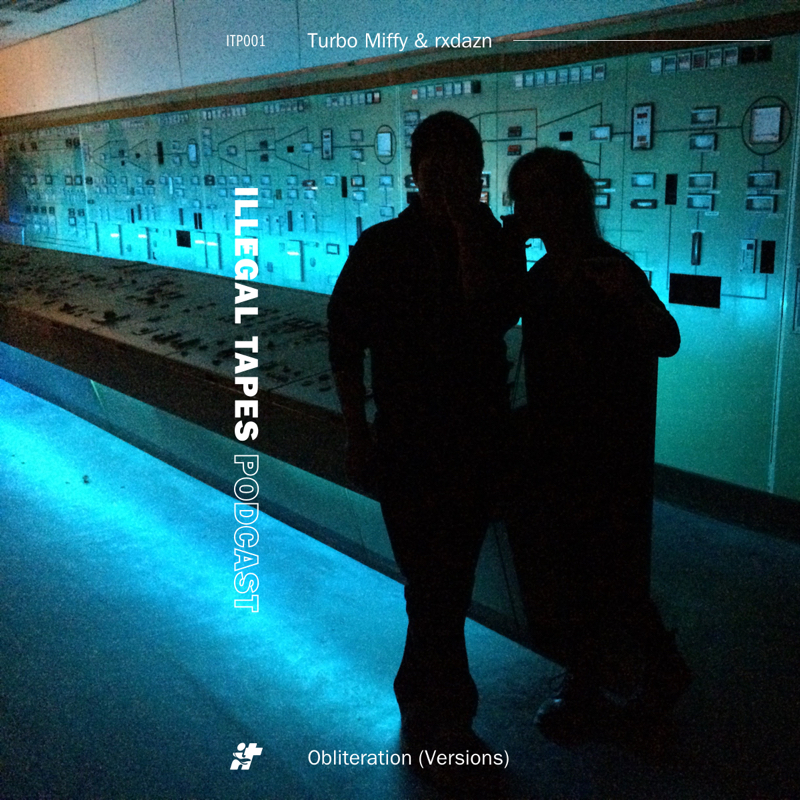 Although Illegal Tapes was launched as a booking agency, it was first meant to be a mix podcast series – that’s where the name comes from; some mixes that are so sick they should be illegal.

The first episode in our series is a double-sided edition brought to you by the mysterious Turbo Miffy, and rxdazn (the person behind Illegal Tapes).
Two separate interpretations of a same theme: obliteration.

Two sides soundtracking chaos, destruction, total annihilation, as well as the emptiness and calm that reigns in between.

Music to bury your neighbours to.