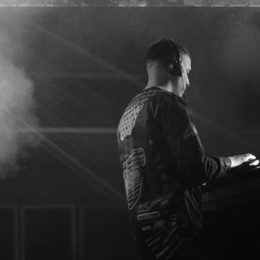 Hailing from Paris, Retina Set has made a name for himself by releasing a swarm of edits in which he blends R’n’B, hip-hop, and pop classics with experimental electronic beats, crafting surprising club heavy hitters.

He has toured through a wide range of locations across Europe, including Lyon, Brussels, Helsinki, Liverpool, Milan, Prague, London, and Tallinn. 2017 and 2018 saw him tour Asia twice, stopping through major clubs such as Cakeshop in Seoul, Blitz in Hangzhou, Psyche Club in Xi’an, ALL in Shanghai, and OIL in Shenzhen.

His sets showcase his main influence, the UK scene (UK bass, grime, UK Funky and more), as well as jersey club, dancehall, gqom, all the way up to footwork and hardstyle. Retina Set has been billed next to acts such as Kode9, Mumdance, and Amnesia Scanner. He did his debut Boiler Room in October 2018 as part of the first-ever Low Heat Paris session, curated by Teki Latex.